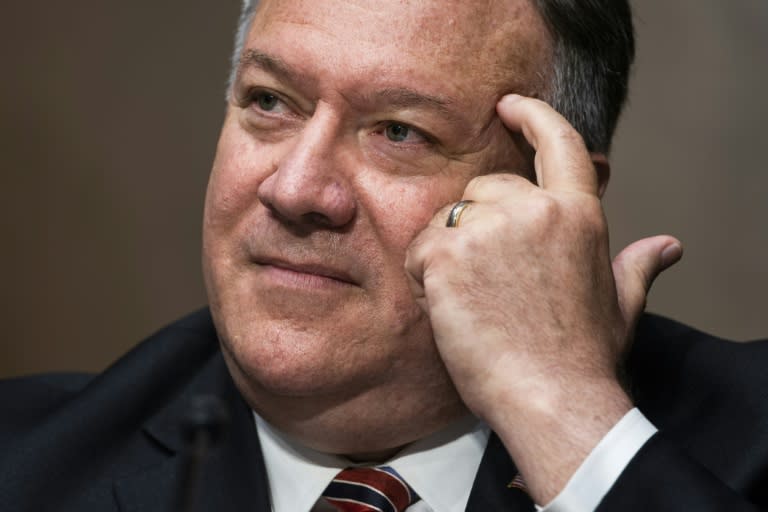 Washington (AFP) – Secretary of State Mike Pompeo on Thursday gave his clearest indication yet that the United States would seek to force UN sanctions on Iran if an arms embargo lapses.

Russia and China, two of the Permanent Five nations that enjoy veto power on the Security Council, want the UN embargo on selling conventional weapons to Iran to end on October 18 as laid out under a 2015 resolution.

Pompeo told the Senate Foreign Relations Committee that the United States would introduce a resolution to extend the embargo “in the near future” which “we hope will be met with approval from other members of the P5.”

“In the event it’s not, we’re going to take the action necessary to ensure that this arms embargo does not expire,” he said.

The United States has previously said it has the authority to “snap back” UN economic sanctions that were lifted as part of a nuclear deal with Iran.

“We have the capacity to execute snapback and we’re going to use it in a way that protects and defends America,” Pompeo told the committee.

The 2015 resolution had blessed a denuclearization deal with Iran negotiated by former president Barack Obama from which President Donald Trump pulled out in 2018.

Trump has since repeatedly denounced the accord, but Pompeo argues that the United States remains a “participant” in the accord — with the right to snap back UN sanctions for violations — as it was listed in the 2015 resolution.

Even US allies are skeptical about the legal argument and warn that such a move could damage the Security Council as an institution.

France and Britain, the other nations in the P5, support extending the arms embargo but say the greater priority is maintaining a diplomatic solution to stop Iran’s nuclear program.

The embargo issue could come to a head days before the US presidential election. Trump’s rival Joe Biden backs the Iran agreement.

After leaving the accord, Trump unilaterally imposed US sanctions aimed at strangling Iran’s economy and reducing its regional influence.

The Trump administration has demanded that all nations stop buying Iran’s oil, its biggest export.

Pompeo on Thursday announced a further expansion of sanctions enforcement, saying the United States would punish anyone who transfers 22 specific metals including forms of aluminium and steel that could be used in Iran’s weapons programs.