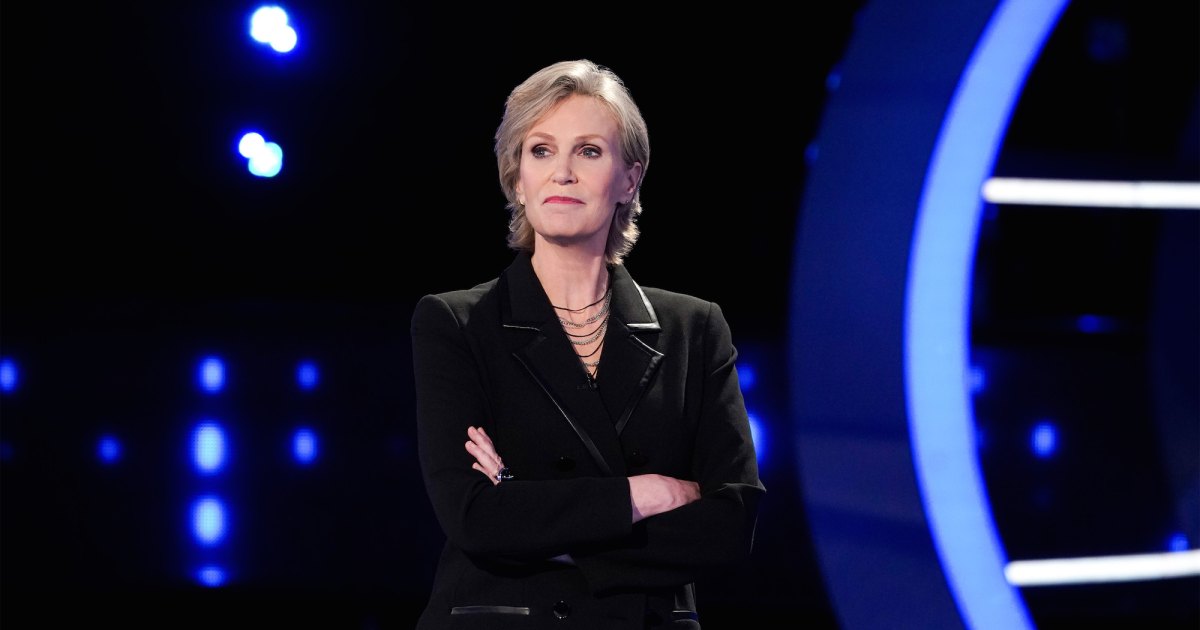 Finally being picky. After more than 30 years in the industry, Jane Lynch has earned the right to say no — something she’s finally doing.

“I do really need to love [a project] now, and that was not the case always, even as recent as two or three years ago,” the actress, 60, says during the latest episode of the “Watch With Us” podcast. “You know, I wanted quantity, but it was [also about] quality. I don’t say no to much!”

That work ethic led to the comedian landing some of her favorite roles, including parts on The Good Fight and The Marvelous Mrs. Maisel.

“When Maisel started out, it was just one episode and I took that, because, oh, my God. Working with Dan and Amy [Palladino] and this period and this character and you know, I’d still say yes to doing that today,” Lynch says. However, she admits she “used to jump on the meh” projects, but is “less inclined to do” so now.

Her latest gig is anything but meh. The five-time Emmy winner is set to host the revival of The Weakest Link, a show that originally aired in the U.K. in 2000 before later arriving in the U.S.

“I was a huge fan when it was on with Anne Robinson,” Lynch tells Us. “I love trivia. And the reference level of the trivia is pretty up there. ”

The Hollywood Game Night host also notes that while there are some changes in place — including a bit more distance between her as the host and the contestants — the format and game remain “exactly the same” since the original was so great.

“We have these really strict rules about masking and about what area you are allowed in. We have this guy who is basically in a hazmat suit going around in the frequently touched areas like railings and doorknobs and stuff,” she shares. “He’s got his little spray thing going all the time. … It’s worked out perfectly.”

Lynch also jokes that while she’s looking forward to the days when the pandemic is over, she enjoys not having to touch anyone.

“It’s a damn relief,” the Happy Accident author says with a laugh. “I don’t necessarily like hugging and shaking hands and, like, kissing right after you met somebody? I don’t like kissing people that I’ve known for decades! So, I am a bit relieved. I enjoy it. I didn’t have to touch anybody, and I kind of want to continue with this.”

For more from Lynch, listen to the “Watch With Us” podcast above. Subscribe to the podcast for more exclusive TV news and interviews.