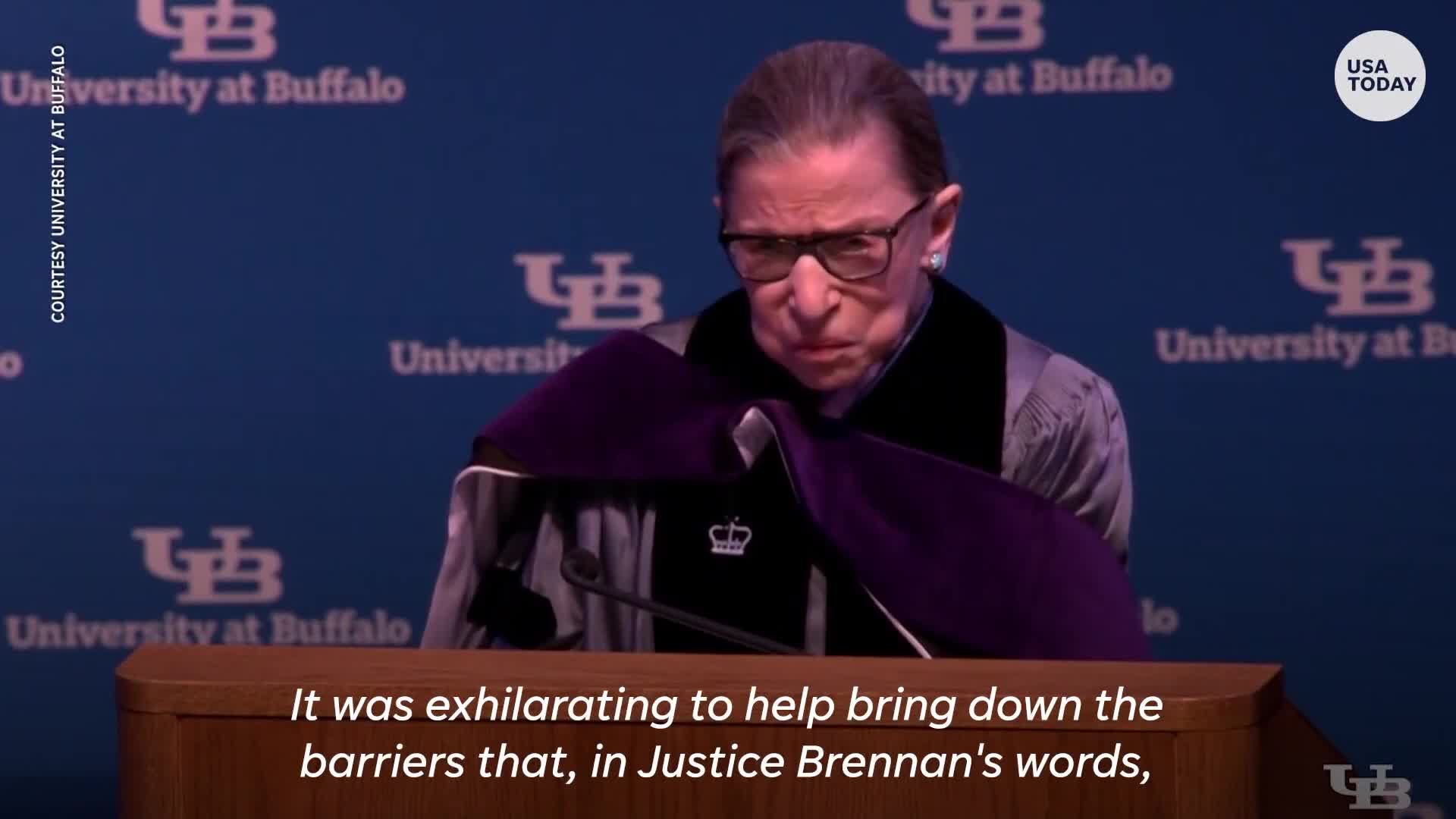 Her death is mourned by many across the nation on both sides of the aisle as Americans remember her unparalleled fight for women’s rights. She also served as a voice of reason, as a Supreme Court leader and as a figure of wisdom whose reach and cultural influence transcended her seat in the high court.

As the “Notorious RBG,” the nickname some of her most fervent devotees have bestowed upon her, Ginsburg never refrained from expressing her passion for equality — particularly with matters of gender equality. She also expressed a sense of humor that belied her serious demeanor, a dichotomy that was often parodied on late night shows like “Saturday Night Live.”

‘She was living history’: A somber crowd cries for Ruth Bader Ginsburg outside the Supreme Court

Below, you’ll find some of the most memorable quotes from a woman whose legacy will loom large for generations to come, spanning everything from Supreme Court decisions, the #MeToo movement and the art of persuasion.

“When a thoughtless or unkind word is spoken, best tune out. Reacting in anger or annoyance will not advance one’s ability to persuade.”

“I went to law school when women were less than 3% of lawyers in the country; today, they are 50%. I never had a woman teacher in college or in law school. The changes have been enormous. And they’ve just — they’ve gone much too far (to be) going back.”

“I pray that I may be all that (my mother) would have been had she lived in an age when women could aspire and achieve and daughters are cherished as much as sons.”

— From her 1993 Supreme Court acceptance speech, about her mother

“I see my advocacy as part of an effort to make the equality principle everything the founders would have wanted it to be if they weren’t held back by the society in which they lived and particularly the shame of slavery. I don’t think my efforts would have succeeded had it not been for the women’s movement that was reviving in the United States and more or less all over the world at the time.”

“Marty was an extraordinary person. Of all the boys I had dated, he was the only one who really cared that I had a brain. And he was always, well, making me feel that I was better than I thought I was.”

— From a 2015 MSNBC interview about her husband, Martin

“Women will have achieved true equality when men share with them the responsibility of bringing up the next generation.”

— From a 2001 interview with the New York City Bar Association

“One thing that I did feel in law school was that if I flubbed, that I would be bringing down my entire sex. That you weren’t just failing for yourself, but people would say, ‘Well, I did expect it of a woman.’ … I was determined not to leave that impression.”

“Dissents speak to a future age. It’s not simply to say my colleagues are wrong and I would do it this way, but the greatest dissents do become court opinions.”

— From a 2002 NPR interview, on her Supreme Court dissents

“The number of women who have come forward as a result of the #MeToo movement has been astonishing. My hope is not just that it is here to stay, but that it is as effective for the woman who works as a maid in a hotel as it is for Hollywood stars.”

— From a 2018 interview at the National Constitution Center, on the impact of the #MeToo movement

“If there was one decision I would overrule, it would be Citizens United. I think the notion that we have all the democracy that money can buy strays so far from what our democracy is supposed to be.”

— From a 2014 New Republic interview, on Citizens United v. FEC, which ruled that corporations could fund political speech under the First Amendment

“Fight for the things that you care about, but do it in a way that will lead others to join you.”