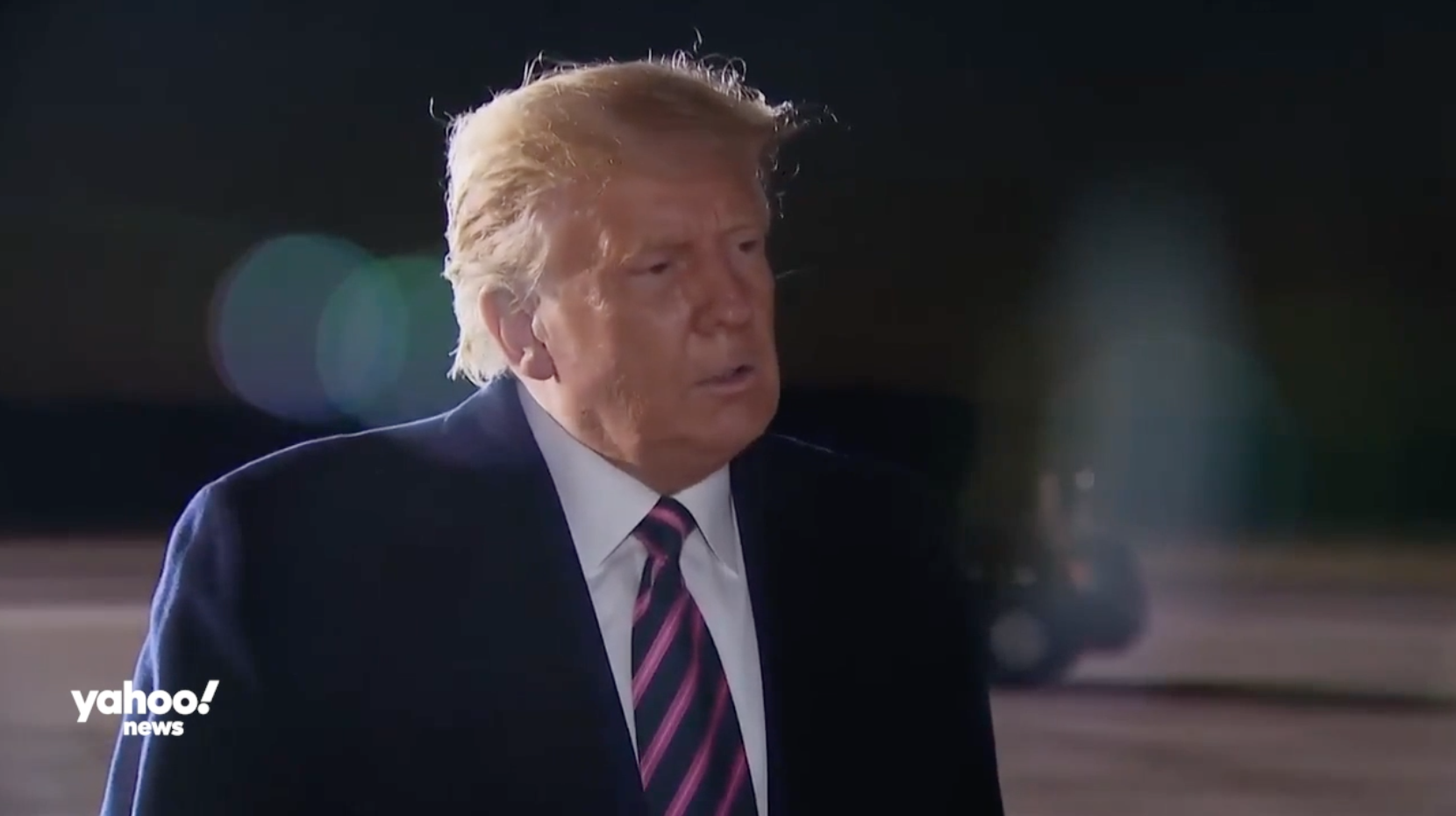 In an extraordinary moment following his rally in Minnesota on Friday night, President Trump appeared to be caught off guard when a reporter informed him of the death of Supreme Court Justice Ruth Bader Ginsburg.

Trump took the stage in Bemidji, Minn., shortly before Ginsburg’s death was announced, and spoke for about an hour, apparently unaware of the news.

“She just died? Wow, I didn’t know that — I just, uh, you’re telling me now for the first time,” Trump said on the tarmac as Elton John’s “Tiny Dancer,” a staple of the house music at the president’s rallies, could be heard in the background.

Ginsburg, the iconic liberal justice and champion for women’s rights, died Friday at her Washington home of complications from pancreatic cancer, the court said. She was 87.

Her death is likely to set off a heated battle over the vacancy it leaves on the nation’s highest court.

Last week, Trump unveiled a list of 20 potential nominees to the Supreme Court, and challenged his Democratic opponent, former Vice President Joe Biden, to do the same.

In a lengthy statement reacting to Ginsburg’s death, Senate Majority Leader Mitch McConnell vowed that “Trump’s nominee will receive a vote on the floor of the United States Senate.”

Following the death of Justice Antonin Scalia in February 2016, McConnell refused to allow the Senate to vote on President Obama’s nominee to fill Scalia’s seat, Merrick Garland, saying the choice should be left to the next president. Obama’s presidency at that point had 11 months to run, almost a quarter of a full presidential term. Trump’s first term will be over on Jan. 20, 2021.

On Friday, McConnell said the circumstances were different now than in 2016, because the Republican party controls both the White House and the Senate.

Biden, who was also campaigning in Minnesota Friday, reacted to Ginsburg’s death in a televised statement upon his return to New Castle Airport in Delaware.

“Ruth Bader Ginsburg stood for all of us,” Biden said. “She was fierce, unflinching in the civil rights of everyone.”

“That is my hope and expectation of what will happen,” Biden added.

In a statement relayed by her granddaughter, Clara Spera, Ginsburg said, “My most fervent wish is that I will not be replaced until a new president is installed.”