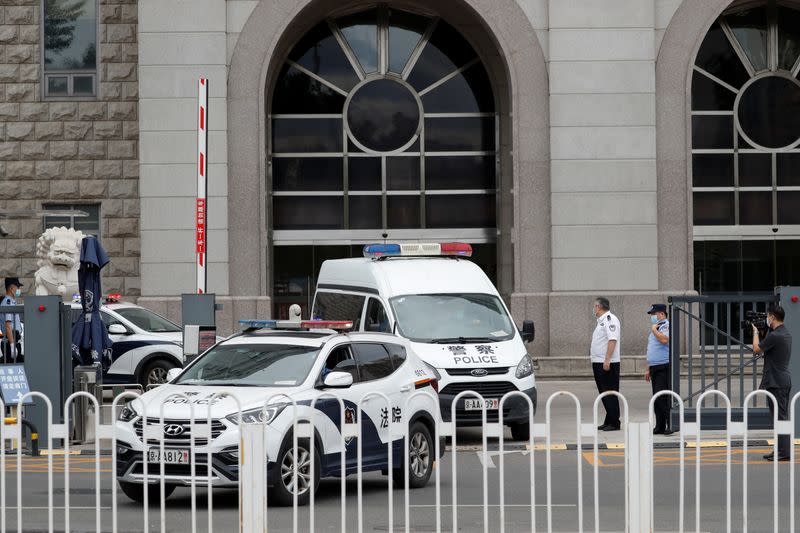 BEIJING (Reuters) – China sentenced a former property executive who once called President Xi Jinping “a clown” to 18 years in prison for graft, a court said on Tuesday, in what some critics called an especially harsh sentence amid an ongoing clampdown on dissent.

Ren Zhiqiang, the former chairman of Huayuan, a state-owned real estate group, was convicted for illegal gains totalling 112 million yuan ($16.5 million), according to a notice on the website of Beijing No. 2 Intermediate Court.

Nicknamed “Cannon Ren” for his outspoken views posted on social media, Ren, 69, was detained in March after referring to Xi as “a clown stripped naked who insisted on continuing being emperor” after a speech the Chinese president made in February about government efforts to battle the coronavirus.

Ren was later investigated for a “serious disciplinary violation”, expelled from the ruling Communist Party and charged in a Beijing district court for economic crimes such as using official funds on golf expenses and using office and residential spaces provided for free by businessmen.

In Tuesday’s judgment following a Sept. 11 trial, the court said Ren had paid back all monies unlawfully gained, “voluntarily confessed to all charges”, accepted the sentence and will not appeal.

In addition to the prison sentence, Ren was fined 4.2 million yuan.

“This just goes to show how anyone who dares speak against the regime will be hammered,” Zhang told Reuters.

During Xi’s tenure, China has clamped down on dissent and undertaken an aggressive campaign against corruption.

Earlier this month, Geng Xiaonan, a publisher who had been vocal in supporting dissenting voices such as Ren and former law professor Xu Zhangrun, was detained by Beijing police for an alleged illegal business operation, her lawyer Shang Baojun told Reuters on Tuesday.

The police did not immediately reply to a request for comment on her case on Tuesday.

Xu, who had taught at Tsinghua University and had criticised Xi in May for trying to bring the Cultural Revolution back to China, was detained for nearly a week by Beijing police in early July after being accused of soliciting prostitutes last December. Tsinghua fired him and revoked his teaching licence.