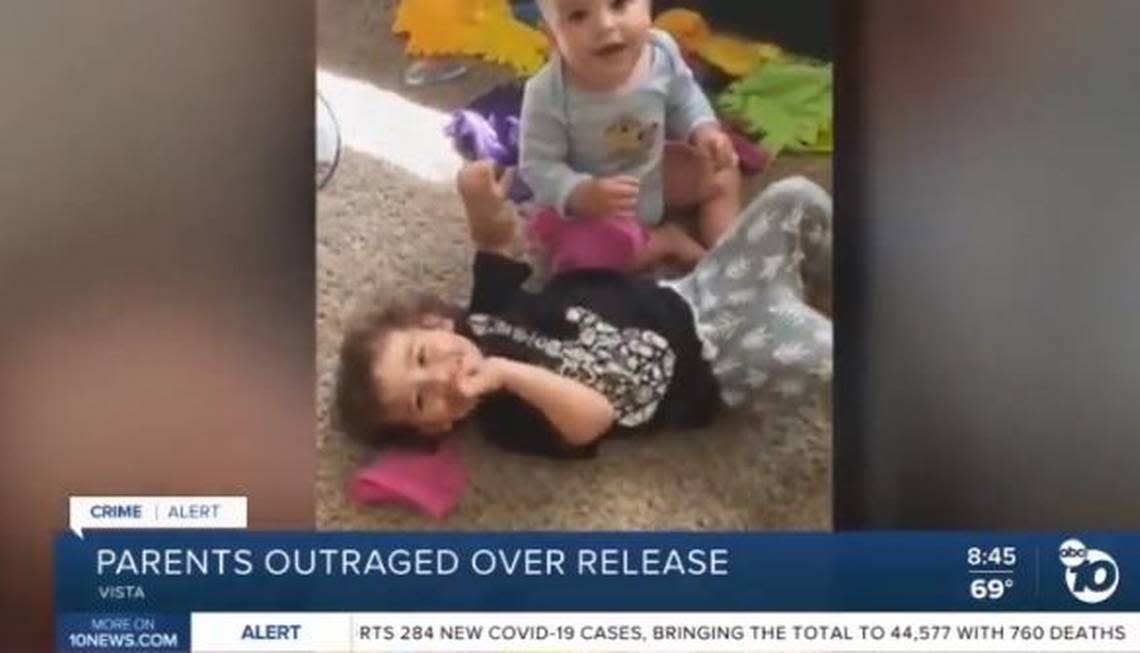 At first, Peter Kopcak didn’t understand what was going on as he backed out of a parking space with his fiance and two sons Saturday afternoon at a Costco near San Diego.

“I just (saw) out of the corner of my eye this guy running down between the two cars, and I didn’t know what he was doing,” Kopcak said, KGTV reported.

Then the stranger yanked open the rear door of Kopcak’s moving SUV and tried to snatch his 2-year-old son, San Diego sheriff’s officials reported in a news release.

“I don’t know what his intentions were to do with my son, but it wasn’t a good thing,” said mother Jessica Lawson, who was in the front passenger seat, KNSD reported. “There was nothing good he was going to do to my son.”

Lawson jumped out of the SUV and wrestled with the man for her son, still in his car seat beside his 9-month-old brother, until Kopcak put the SUV in park and tackled him, KGTV reported.

“I’d do anything I could to stop him because that’s the worst nightmare,” Kopcak said, according to the station.

An off-duty sheriff’s employee separated them and held the man, identified as Adam Scott Glavinic, 37, until deputies arrived, the sheriff’s release says.

The incident took place just before 3 p.m. in Vista, north of San Diego, the release says.

Glavinic, arrested on suspicion of attempted kidnapping and being under the influence of a controlled substance, was released from jail Sunday on a $100,000 bond, KNSD reported.

“I don’t understand how he got out so fast,” Kopcak said, KGTV reported. “What if he tries to grab another kid or hurt someone else? It boggles my mind.”

“I was up all night last night from 12 to 5 o’clock going up to check on him every 30 minutes,” Lawson said, KNSD reported. “I just can’t get this guy’s face out of my head.”