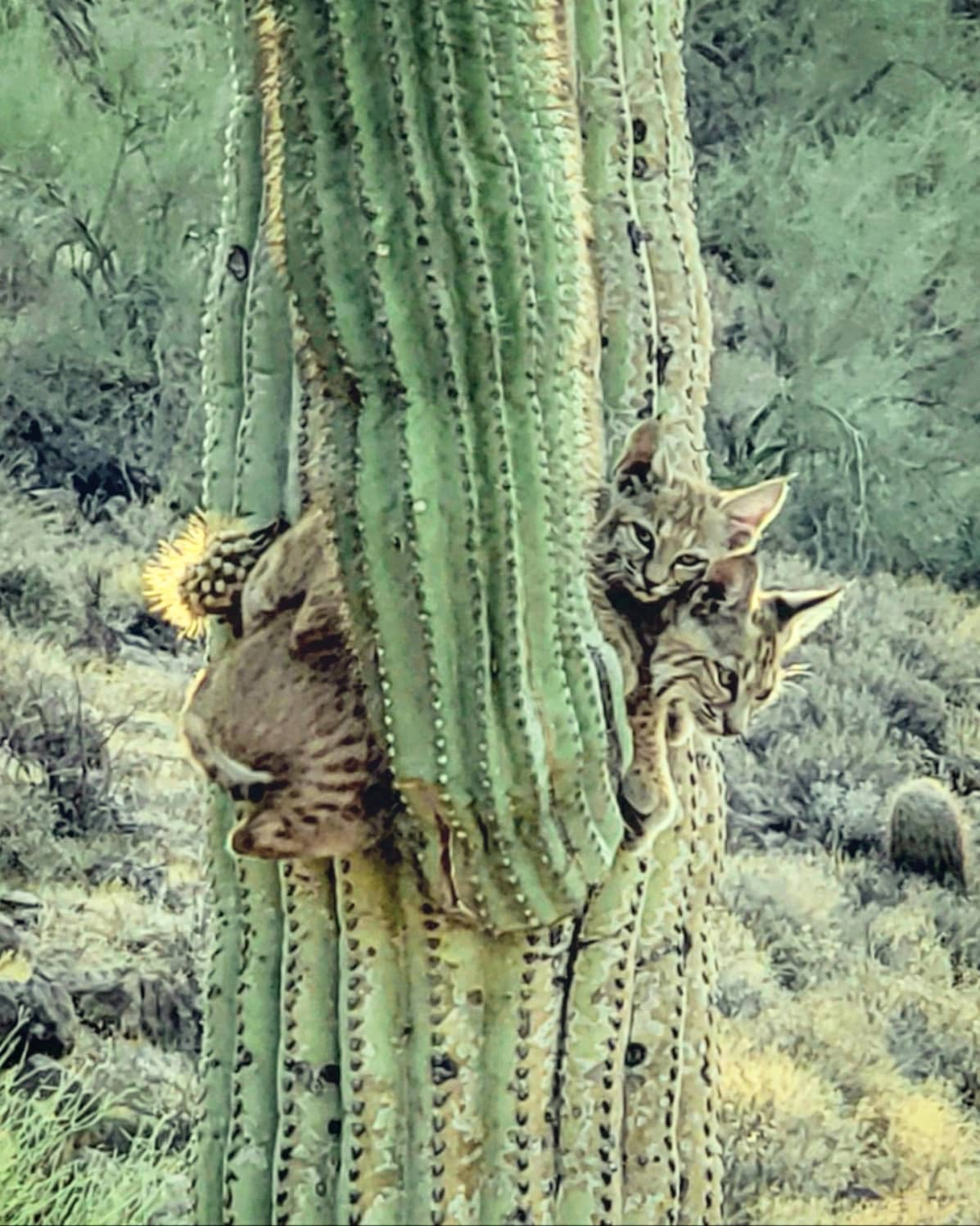 Mindy King was enjoying a hike with her dad earlier this week in Apache Junction, Arizona, when they spotted a rare sight: two bobcats clung to the side of a saguaro cactus.

King and her dad on the morning of Sept. 16 were on a trail near Goldfield Mountains when they stumbled upon the bobcats. They both stood in awe for several minutes and snapped some photos as the cats nestled into one of the arms of the cactus.

“At first, obviously, it was exciting to see them but then I kind of realized, ‘Oh, they’re up there for a reason,’ ” King told The Arizona Republic, which is part of the USA TODAY Network. “So then it was like, ‘OK, maybe we should move along.'”

King later submitted her photos and video of the bobcats to Fox 10 in Phoenix, which the Arizona Game and Fish Department later shared on Twitter.

“It might not be the comfiest place, but a saguaro makes great protection from the threats! (And really cool photos!),” the tweet said.

Have you seen these incredible #bobcat photos taken by Mindy King and shared by our friends at @fox10phoenix? It might not be the comfiest place, but a saguaro makes great protection from threats! (And really cool photos!)ðŸ˜¸ðŸŒµðŸ’•#Caturday #CaturdayEve pic.twitter.com/4n6aUMDVNa